US 131, LANE AUTOMOTIVE OFFER UP ‘NO PREP TRIPLE CROWN’ 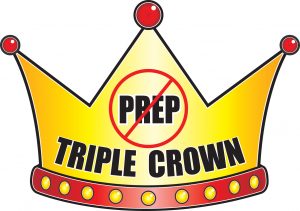 MARTIN, Mich. — In collaboration with Lane Automotive, long-time sponsor of its popular weekly bracket series, US 131 Motorsports Park has announced that it will play host this summer to the inaugural No Prep Triple Crown, a series of three Wednesday night events beginning June 28.

The “no prep” races will be run on a track surface not subject to the intense preparation process that has become the norm across the country.  No traction compound will be applied and racers will not be allowed to conjure up mixtures of their own.

The No Prep Triple Crown will be restricted to full-bodied vehicles with factory quarter panels, factory roofs and a factory issued VIN weighing no less than 2,750 pounds.  Basic IHRA safety rules will be enforced and all races will be run at the eighth-mile distance with a guaranteed cash purse of $10,000 each Wednesday.

The purse will be divided among the final eight with $5,500 to the overall race winner, $1,200 to the runner-up and $500 to the losing semifinalists.  A special “second chance” bracket, open to all drivers eliminated in the first round, will pay $1,000 to win.

“This is a trend,” said General Manager Jason Peterson.  “This is the kind of grassroots competition that is growing in popularity right now and we always try to be responsive to those kind of things.  Drag racing always is transitioning from one thing to another.  That’s what keeps it popular.”

Drag slicks will be allowed but burnouts may not extend beyond the starting line.  In an effort to enhance the retro aspect of the competition, no time slips will be distributed.  It will be an “instant green” start and cars will be structured on a standard ladder using a blind draw.

Entry fee for the No Prep Triple Crown is $100 per racer, per event.

About the Author: Jason Peterson