Worsham, Massey, Nitro Ninja, World Record Wheelstander and Shirley Muldowney MARTIN, Mich. – A star-studded lineup that includes the Lagana family’s “Nitro Ninja” plus the Top Fuel dragsters of defending champion Spencer Massey of Fort Worth, Texas and two-time NHRA World Champion Del Worsham of Villa Park, CA, three jets and a world record-holding wheelstander are among the attractions that will feed the need for speed this weekend (Aug. 5-6) when race fans descend on Michigan’s fastest track for the 2022 US 131 Northern Nationals.
As if that wasn’t enough, Mark McElwee of Port St. Lucie, FL, will try to put his “Buzz’s Nitro Bomber” 1962 Chevy II in the nostalgia Funny Car winner’s circle for the second straight year while former Bakersfield March Meet winner Jimmy Young of Salem, WI, and former IHRA Funny Car standout Shawn Bowen of Grand Blanc will be among those battling in the eight-car nostalgia Top Fuel category.
Furthermore, to help US 131 celebrate 60 years as one of America’s premier drag racing venues, drag racing legend Shirley Muldowney will be on site to sign autographs and share her US 131 memories on both Friday and Saturday.
Pro cars will qualify at 6:30 and 9 p.m. on Friday and will race at the same times on Saturday, sharing the Saturday stage with the stars of the Lane Automotive Bracket Series. Adult tickets purchased in advance are $20 Friday and $30 Saturday, a $5 savings on the daily gate price. Kids 6-12 are $7 in advance, $10 daily with those five and under free with a ticketed adult.
The 2009 NHRA Rookie-of-the-Year and an 18-time pro tour winner, Massey has driven the Commercial Metal Specialties dragster the last two seasons for former IHRA World Champion (1989) Pat Dakin.
After outdueling fellow touring pro Clay Millican a year ago, Massey will confront a new batch of challengers this time around in Worsham, Krista Baldwin of Pittsboro, IN, (granddaughter of drag racing Hall of Famer Chris “the Greek” Karamesines) and Gary Pritchett, who’ll take a guest turn in the car in which Dom Lagana set the current quarter mile track records of 4.485 seconds, 338.35 miles per hour.
The Creative Director for McLeod Clutches and FTI Performance, the 29-year-old Baldwin will compete in the same Lucas Oil dragster in which her grandfather raced into his 80s. One of only three drivers to have won NHRA world titles in both the Top Fuel (2011) and Funny Car (2015) divisions, Worsham is taking advantage of an off week from the NHRA tour where he is car owner and crew chief for Funny Car driver Alexis DeJoria.
Pritchett, meanwhile, is driving the “Nitro Ninja” for crew chief Bobby Lagana Jr. with whom he works on a regular basis as clutch tech on the Capco Contractors dragster of four-time reigning NHRA World Champion Steve Torrence.
In addition to McElwee, the nostalgia Funny Car field will include John Lawson of Joliet, IL, in his “Runaway” 1970 Chevy Camaro, Joe Hass of Findlay, IL, and his “American Way” 1957 Chevy and Pete Dove of Shelbyville, IL, best known as the driver of the “Back from the Ashes” fuel altered.
Heading up the “don’t try this at home” program will be the jet dragsters of Elaine Larsen and Josette Roach of Melbourne, FL, the “Homewrecker” triple-engine jet semi of Jerry McCart of Parrish, FL, and the incredible Plymouth PT Cruiser in which “Nitro Mike” Kunz of Summerland, B.C., set the official Guinness record with a wheelstand of 2,504 feet, seven inches at Earlton, Ontario, in 2012. 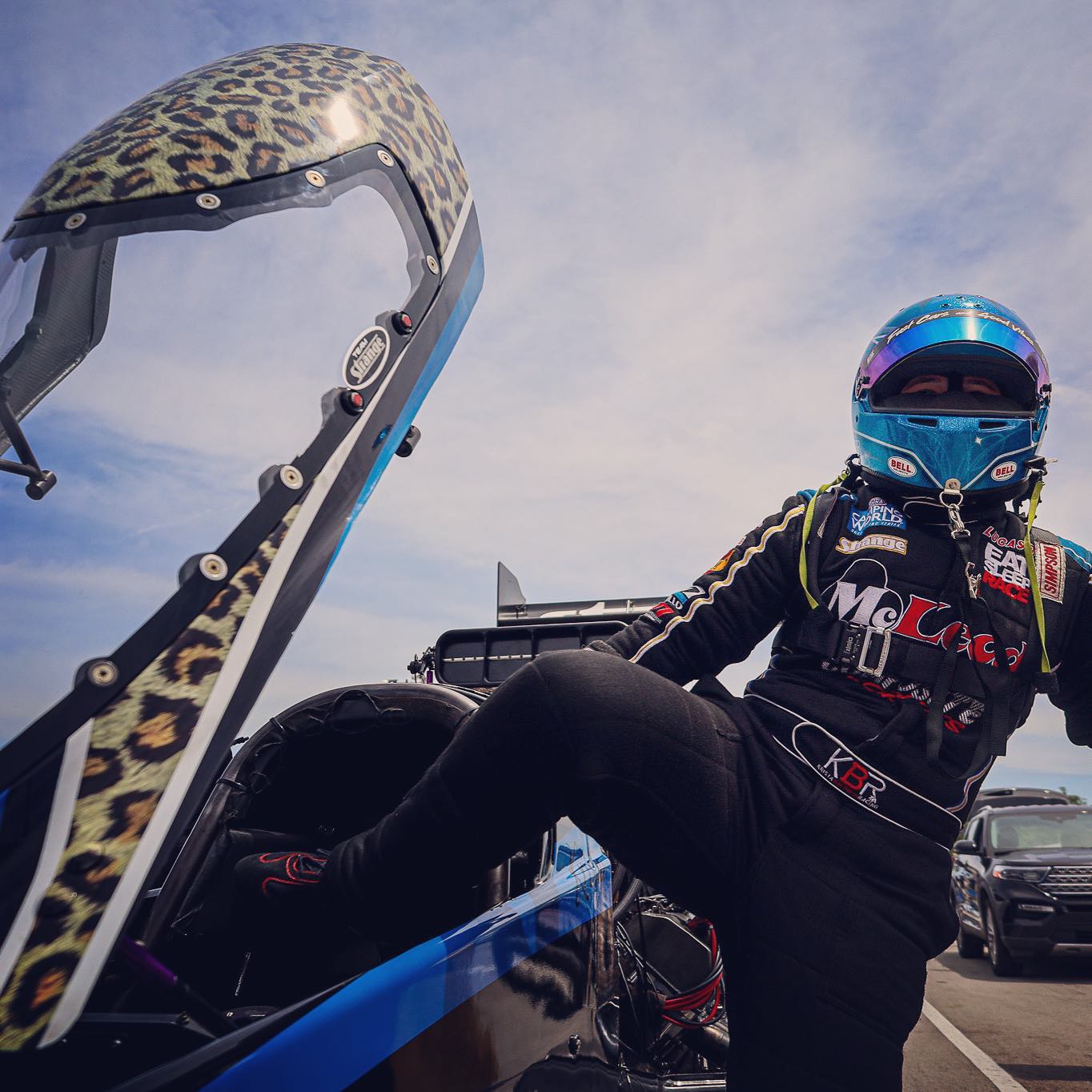 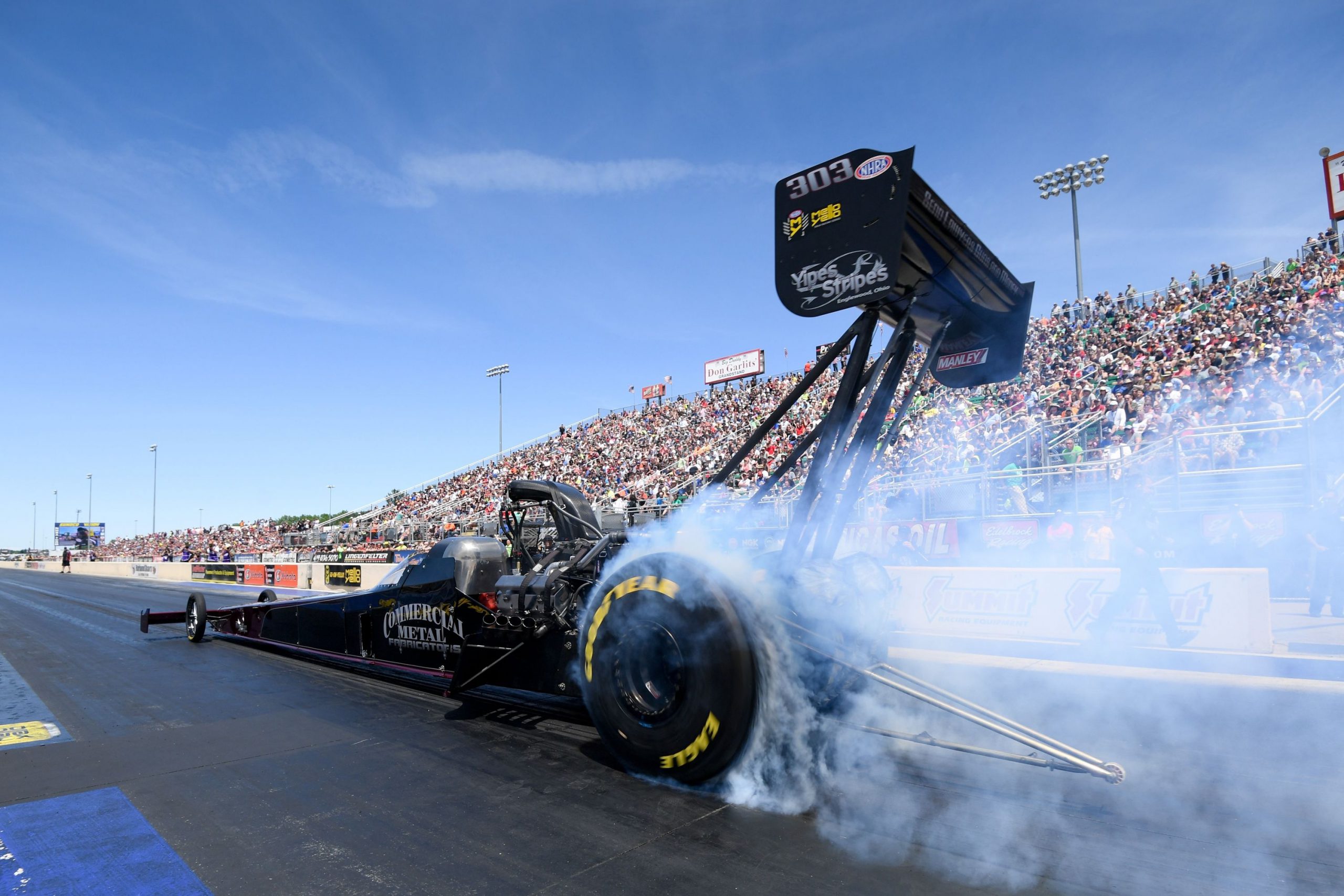 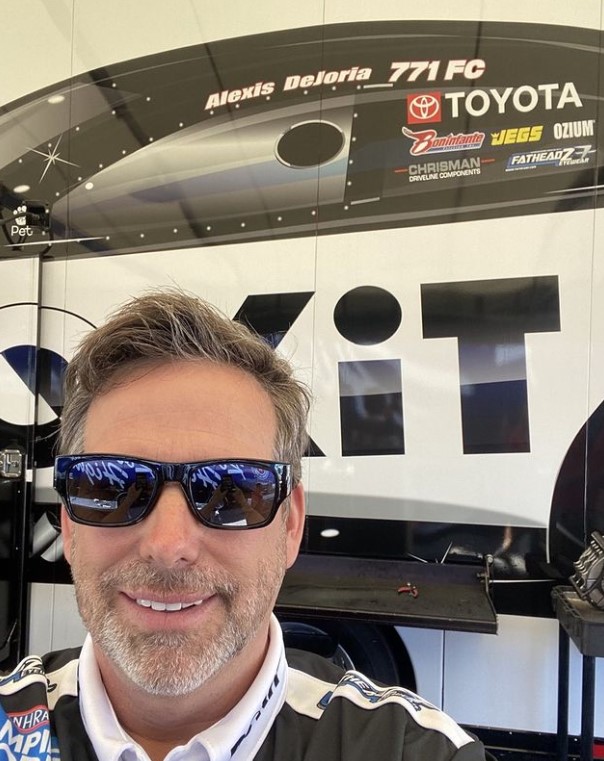 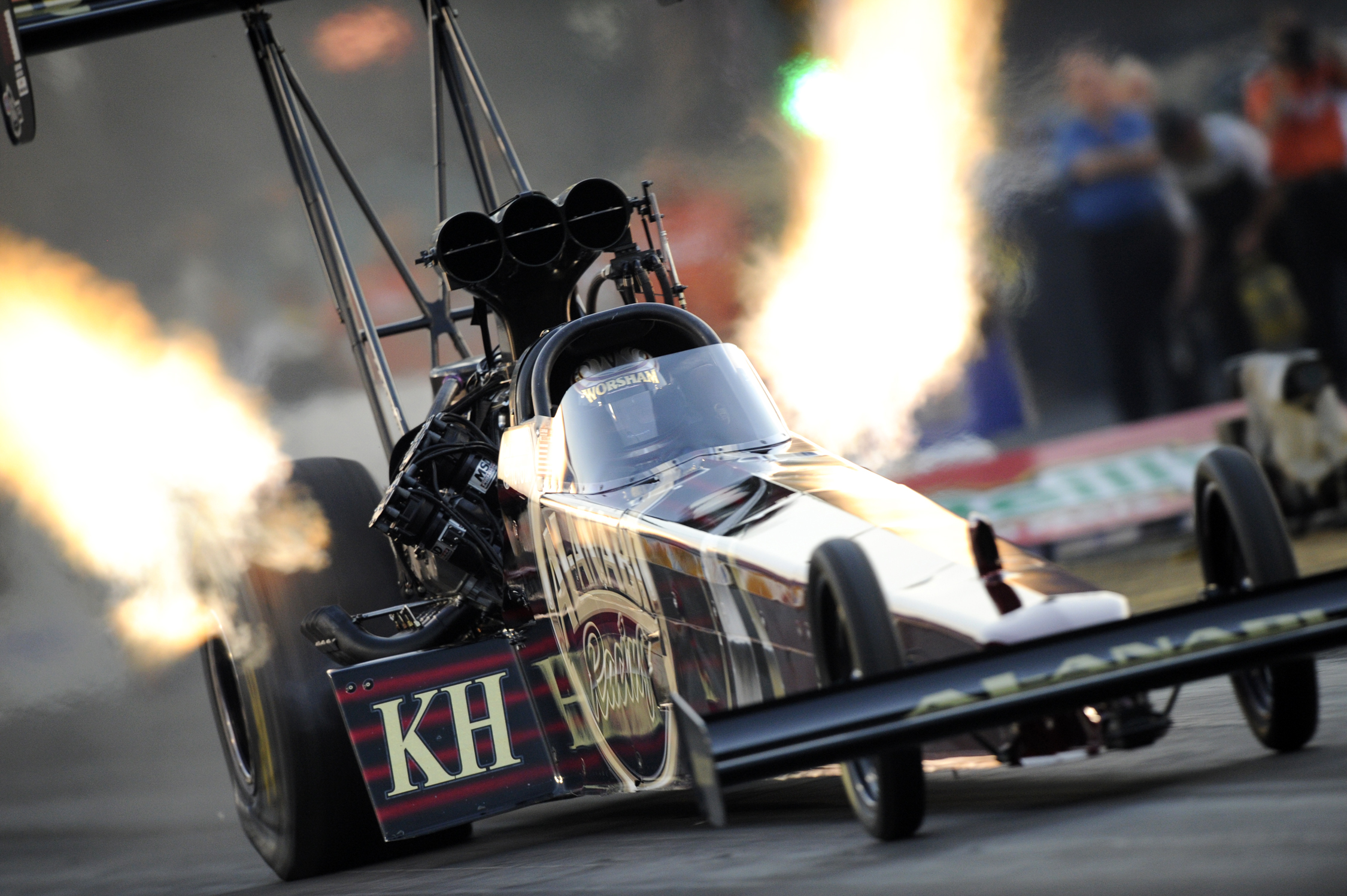 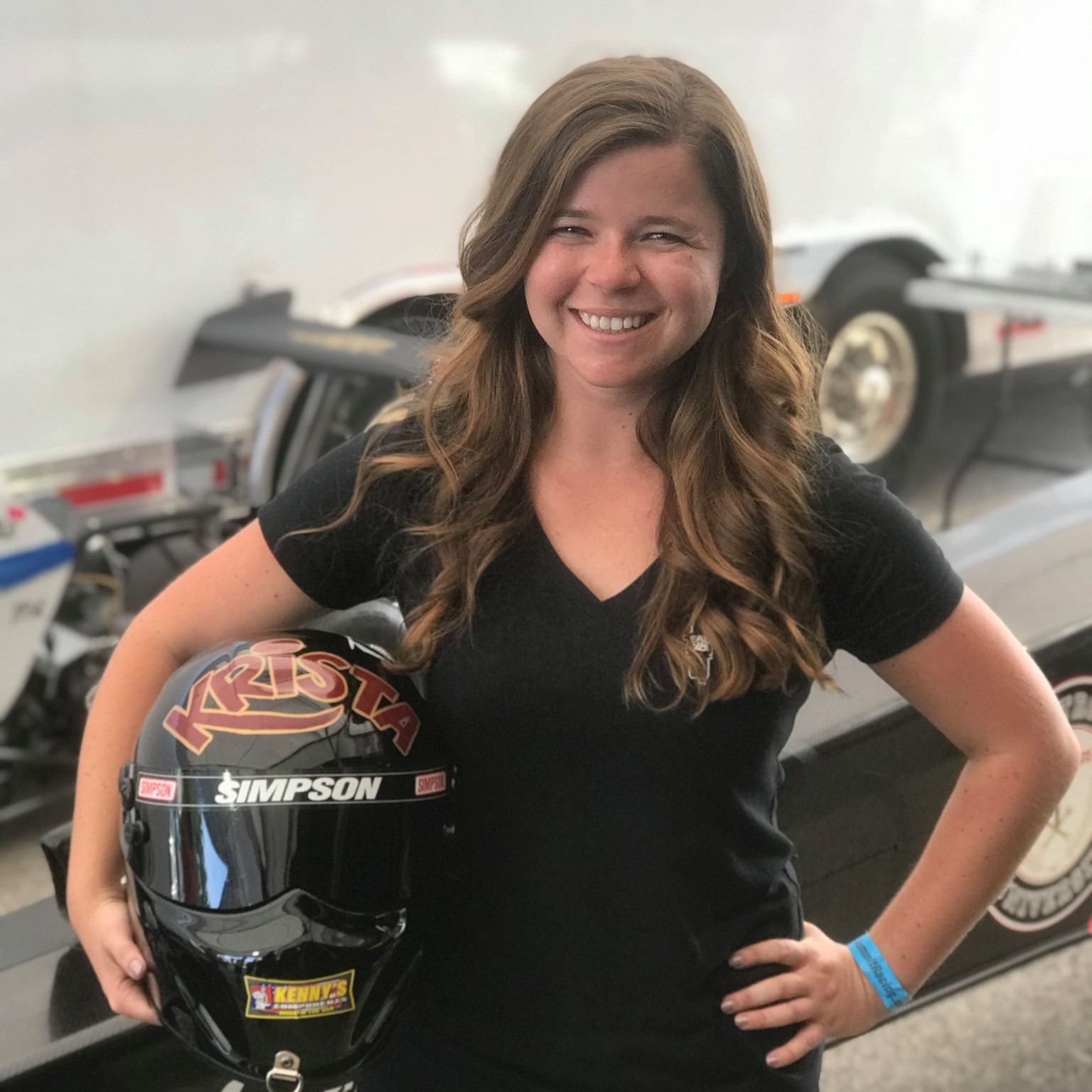 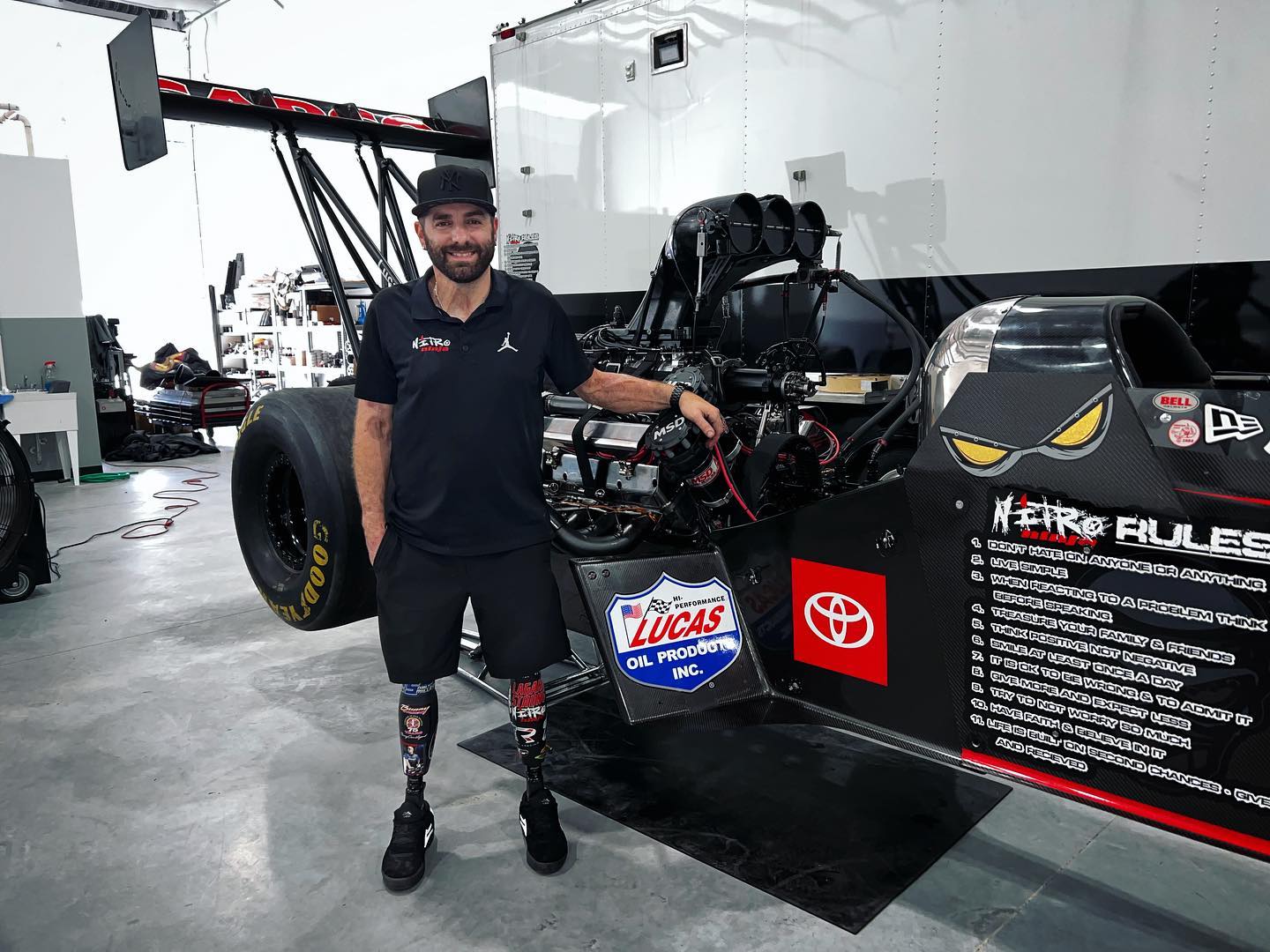 About the Author: Camren de Waard